This white paper is intended to inform and educate California employers who participate in the California Public Employees Retirement System (CalPERS). Its content may not be applicable to municipal entities using other arrangements for funding employee retirement benefits.

Issuance of a Pension Obligation Bond (POB) can be a powerful tool for managing an employer’s unfunded pension liabilities when the POB is properly understood and correctly deployed. At the same time, as with many other tools, using a POB inappropriately or in the wrong situation can create more problems than it solves. In this paper we discuss the facts regarding POBs, address some common fallacies about their use, discuss caveats which should be considered, and provide employers with a knowledge framework to aid them in determining whether issuance of a Pension Obligation Bond may be appropriate in their particular circumstances.

Background: CalPERS and the UAL

In many states, local agencies generally manage their own retirement programs. In California, however, public agencies have the option to participate in a large and sophisticated pooled retirement system, the California Public Employees Retirement System (“CalPERS”) which ranks as the largest public retirement system in the United States. As with any financial or investment program, CalPERS participation carries risks as well as benefits. There can be many advantages to participating in a large retirement pool such as CalPERS. However, participants are also subject to the rules, assumptions, and investment performance of CalPERS and have little influence or control over its decisions.

When a local agency funds its employee retirement benefits through the consolidated investment pool managed by CalPERS, the present value of the agency’s future obligation is calculated by looking at the future dollar outflows and discounting those outflows by the percentage rate of return that CalPERS assumes its investments will generate each year into the future. For this reason, relatively small changes in CalPERS’ assumption about future returns will create very large changes in the present value of an agency’s future obligations and the current payments needed to fund those obligations.

When CalPERS’ investment performance does not meet the realized and assumed rate of return needed for an employer to fund its long-term actuarial requirements to pay retirees in its program, or if the employer does not make sufficient contributions to its CalPERS

fund, that shortfall is calculated and allocated to the employer in the form of its Unfunded Accrued Liability (“Unfunded Liability” or “UAL”). Over time, the UAL of many employer participants has grown to significant levels and, with increasing benefits to be funded in the future the deficits are projected to continue to grow. The UAL is, in effect, an obligation of a local agency and accrues an annual charge on the unfunded balance in the amount of the CalPERS expected rate of return (currently being gradually adjusted downward from 7.5% to 7% by 2020). This charge represents the return that CalPERS assumes it could have earned on the additional funds had the agency fully funded its obligation. CalPERS gives each participating employer an amortization schedule to pay down its UAL obligation to CalPERS over a period of years. In any year that CalPERS’ actual investment return exceeds its expected rate of return, the net benefit is credited to pay down the local agency’s UAL obligation. Conversely, if CalPERS’ actual investment return is less than its expected rate of return that shortfall is added to the employer’s UAL obligation and amortized over the specified period with scheduled annual payments due from the local agency in addition to its existing annual CalPERS obligation.

This system means that an agency’s current UAL is an obligation like any other long-term liability on its balance sheet. It is effectively a debt, with the annual cost calculated at CalPERS’s assumed rate of return on the unpaid balance plus the amount necessary to amortize the principal over time.

Options for Addressing the UAL

A local agency with an unfunded liability in its CalPERS account at a given point in time has three options:

Pension obligation bonds (POBs) are taxable bonds that some public employers have used as part of an overall strategy to fund the unfunded accrued liability associated with their pension obligations.

In California, many local agencies have funded their CalPERS UAL by issuing pension obligation bonds to pay down or pay off their current UAL obligation. Such an issuance is simply substituting one debt (the POB) for another (the existing UAL). These agencies have recognized that replacing an obligation to CalPERS which is incurring an annualized cost of 7% or more with a lower cost obligation (the POB) often makes economic sense. This substitution of one debt for another does not create an increased liability for the agency or impact its debt capacity and can reduce its annual budgetary burden with lower debt service payments.

While in the past some municipal employers across the United States have used complicated pension obligation financing vehicles to pay their UAL, we believe the use of complex and high-cost instruments such as swaps, derivatives and the like is unnecessary and can result in undesirable outcomes from the issuance of a POB. In other States, in the absence of a system like CalPERS or something like it, employers who arrange for management of their own pension assets invest the POB proceeds in hopes that their chosen managers will be able to earn a higher investment return than the interest rate paid on the bonds. In our view, this is speculative and more akin to gambling than to a solid financial strategy. This view is shared by a number of industry consultants and professional organizations.

One can argue that the same risks apply to CalPERS participants because employers are ‘gambling’ that CalPERS’ realized rates of return will remain higher than the rate paid on the POB. While technically correct, the fact is that the issuer is unavoidably exposed to CalPERS’ performance risk in any case.

A consequence of inappropriate POB issuance by various employers outside California is that the instrument itself has suffered reputational damage caused by instances where the POB was an unsuitable or improperly structured vehicle. California employers who participate in CalPERS are in a situation different from the typical municipal employer nationwide, but national consultants and national organizations are not always in a position to publicly distinguish among the various pension liability management models used in different States and localities.

In our view, the best model for POB-centered solutions is most often a simple fixed-rate, fully amortized structure with repayment terms that meet the debt service needs of the issuer. The employer uses the POB proceeds as a lump sum to reduce or eliminate its unfunded liability at the time of POB issuance instead of continuing to make gradual payments to CalPERS at the CalPERS assumed rate over a long period. The annual savings can be used to help fund each year’s new CalPERS obligation, create a reserve for future pension obligations, or can simply be added to the local agency’s general fund. After receiving the lump sum payment from the POB proceeds, CalPERS has more money in the local agency’s account to invest and compound over a longer term which will result in significant benefits to the local agency’s CalPERS account should CalPERS perform well.

Our preferred POB model is a simple, fixed rate, fully amortized loan with payments and a term selected by the local agency. Increasing the repayment term of a POB loan vs. the existing UAL amortization schedule will increase total costs to the employer while shortening the term of the POB loan will reduce costs to the employer.

In today’s market the interest cost of a typical POB issue is less than the CalPERS expected rate of return that is being charged against the employer’s UAL. The reduced interest payments create an annual savings to the local agency in cash flow paid from its general fund and gives the local agency flexibility to use the savings for any authorized purpose including accelerated paydown of its UAL, funding a pension stabilization program to mitigate the risk of future CalPERS rate changes, or other uses. POBs may be structured with a repayment period that is the same as, longer than, or shorter than the term associated with the employer’s current UAL obligation. This fact, combined with the lower cost of funds, provides financial flexibility and can reduce the employer’s overall annual cash flow requirements.

If CalPERS earns less than its targeted rate of return on the employer’s UAL, the difference will be added to its UAL. However, because the cost of funds on the POB is lower than the current CalPERS expected rate of return on the UAL, the employer can mitigate the risk of a lower CalPERS investment return on the Funded Pension proceeds by using the savings to help cover any shortfall. The result is that increases to a local agency’s future UAL resulting from underperformance by CalPERS investments should be lower after a POB has paid off the previous UAL balance, because unlike the UAL obligation it replaced, the POB has a fixed cost and thus is not subject to CalPERS investment risk.

Given current conditions in the economy and the investment markets, we believe that the risk of future CalPERS underperformance is very real. Therefore any potential mitigation provided by the payoff has its own intrinsic value.

Importantly, when the employer uses the POB proceeds to repay its existing UAL, it does not lose the benefit of potential future investment outperformance by CalPERS should that occur. After payment of some or all of the existing UAL, the employer is being credited with CalPERS returns on what is now a larger asset base.

Should CalPERS returns exceed expectations, such additional returns would be allocated first to reduce any existing UAL and any remaining excess would be credited to the employer’s funded pension assets. Should a period of extraordinary outperformance create a temporary actuarial surplus, that surplus would be available in the future to offset potential growth in the UAL resulting from subsequent CalPERS investment underperformance. If the possibility of an actuarial surplus is a concern, the employer could choose to use the POB proceeds to eliminate less than 100% of the UAL, with the idea that a potential surplus from future outperformance might eliminate the balance. In either case, the benefit of the excess returns is not lost.

With a Pension Obligation Bond financing, the employer is simply replacing an existing, more costly CalPERS obligation with a less costly POB obligation. This action does not increase the issuer’s liabilities and, according to bond counsel, does not negatively impact a local agency’s legal debt cap. The market is currently receptive to non-complex pension obligation issues and will also accept prepayment terms that are favorable and give future flexibility to the issuer, typically a ten-year optional call feature with no prepayment penalty.

The POB can be structured to allow the issuing agency to select a preferred amortization period and annual payment structure that works with its anticipated ability to pay. This affords greater flexibility to the agency than what is dictated by CalPERS rules and POB payments are fixed and thus not subject to the risk of future adjustments made in the CalPERS program. Annual saving generated by the POB can, if the employer so chooses, provide an additional resource to accelerate paydown of any remaining UAL or contribute toward funding additional UAL that may develop in the future.

Clearly, a simple and straightforward Pension Obligation Bond can be used as an important component of an overall long-term financial strategy for a local agency to address the looming challenge of funding employee benefits. 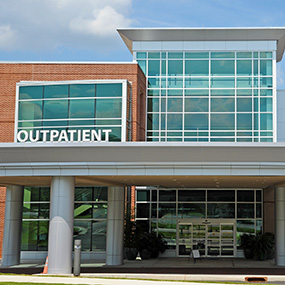 Public Finance
Explore tailored financing and refinancing solutions that will address your financial challenges and meet your specific needs.
Health Care Finance
Benefit from our years of experience helping hospitals, clinics, and a wide variety of service providers.
Energy
Financing renewable energy takes specialized skills and technical knowledge: Put our experience to work on your behalf.